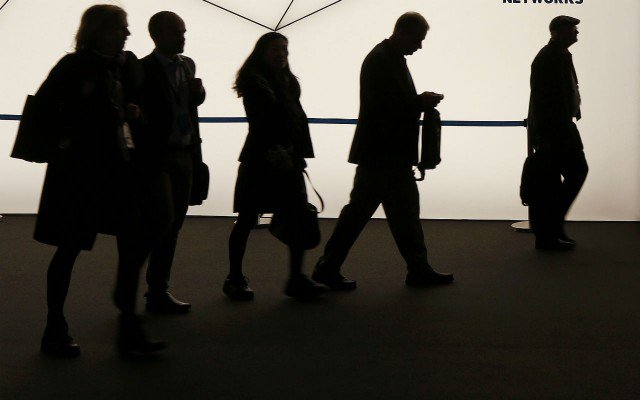 The Entrepreneur’s Landscape in Mexico Has Changed

While the number of entrepreneurs increased with the onset of the Industrial Revolution, the concept of entrepreneurship, and with it the entrepreneur, did not become popular in our minds and language until 2008’s financial crisis when prominent actors promoted success stories and encouraged people to incur in risk to overcome unemployment.

Mexico did not avoid the crisis and as a result, entrepreneurs became popular there as well. According to the Global Entrepreneurship Monitor’s 2013 report, young people between 18 and 24 years old that start a company represent 14.8% of Mexican entrepreneurs. In 2011, this figure only rose to 6.3%.

With the number of people aspiring to become entrepreneurs rising, it is worth asking, what can we expect from the National Institute for the Entrepreneur in Mexico (Inadem)? What are the trends affecting entrepreneurs’ landscape? Which questions should aspiring entrepreneurs make?

Inadem: significant progress with some reservations

Inadem was formed in 2013 to support entrepreneurs, and small and mid-sized businesses. Inadem then absorbed the Small and Mid-Size Business Fund (Fondo PyME). Centralization of funds management and support to entrepreneurs were among the most drastic aspects of this transition.

Two years after Inadem was born, one of its most interesting successes is a comprehensive map of the significant players in the Mexican entrepreneurial ecosystem. Enthusiasm and willingness within the community have been high, which is proven by the overwhelming demand of Inadem’s programs. Currently, Inadem is expanding its joint venture efforts to create seed capital funds, and is increasing the quality and impact of the incubators and accelerators it endorses.

For most small businesses participating in Inadem’s programs, the goal is to break even. Naturally, cities with the highest concentration of entrepreneurs such as Mexico City, Guadalajara, Monterrey, and Tijuana currently house the businesses that receive the highest financial support.

During their first year, the most common complaint from applicants to Inadem’s programs were the lengthy bureaucratic processes that often prevented entrepreneurs from completing their applications, as well as the small portion of applicants who received support for their projects. In its second year, however, applicants complained about the lack of definition of the criteria for assigning projects. While factors such as regional impact, technical and financial feasibility, and degree of innovation are considered, those who are not selected to take part of Inadem’s programs do not receive any feedback (Carriles, 2014).

The applicants have not been the only ones who have filed complaints and made suggestions to Inadem. In February of this year, Mexico’s principal auditing body, Auditoría Federal de la Federación (ASF), revealed “deficiencies in the supervision and resource flow for small businesses, given a gap in the reports submitted by intermediary organisms” (Gascón, 2015). In other words, the allocated resources were not transferred on time. The ASF estimated that 966 million pesos (est. 63M USD) of the Small and Mid-Size Business Fund belonging to the México Emprende Trustfund of 2013 were among these resources. Officials at Inadem have stated that there have not been any wrongdoings by the organization and that the changes in the administration of the fund caused the delays in resources transfer and project execution. Those projects operate today. (Ibid., 2015).

Moreover, it’s important to emphasize the flow of resources that Inadem had in previous years as well as the resources it will have. In 2014, Inadem made 25 calls for proposals and had a budget of 10,200 million pesos (664M dollars). In 2015, it will publish 31 calls for proposals and has a budget of 8,907 million pesos (580M dollars), around 20% decrease. The organism also reduced the maximum amount of funding. The budget is also expected to shrink next year due to the decrease in oil prices. The government has announced austerity and zero-based budgeting policies currently under development.

It is also worth noting that negotiations are currently taking place with organizations like the Business Coordinating Council (Consejo Coordinador Empresarial) to increase private equity involvement. If these negotiations go well, it is less likely that these funds will go to waste, which would also increase revolving funds. This financing option would be in addition to the 45 investment funds.

Consequences that need planning and focus

Entrepreneurs chiefly affected by the reduction in resources would not be those seeking capital for proven business models that need to grow and attract investors, or those who present weak or unfeasible proposals.

The ones mainly affected will be those in the middle of the curve who invest time in projects hoping to eventually get government funding. Those who would have received funding in a more favorable climate will no longer receive it. The difficulty lies in predicting which projects will or will not receive funding until all the proposals are considered. As a result, entrepreneurial projects and small businesses could perish under these constrained economic conditions.

An entrepreneur can consider these shifts in the ecosystem to plan and make decisions accordingly, but the leading axis remains intact: focus on the consolidation, growth, and scaling of his or her startup. In addition to funding, one of the challenges that entrepreneurs face is venturing into the international market. Until today, the percentage of businesses that have been able to establish themselves abroad – and not necessarily succeed- is low.

What should a Mexican entrepreneur ask him or herself?

The basic question entrepreneurs should ask themselves is: “Do I want to solve a local, regional, or international problem or need?” With this in mind, the entrepreneur will be clearer to decide how to allocate his or her time and energy over the next few years.

In the case that the entrepreneur aspires to solve a problem that a city or a region faces, it is likely that the he or she will form a small business. That entrepreneur’s best bet would be to deploy technologies that improve efficiency of what The Economist dubbed as the “lumbering old economy” (The Economist, 2015). It is not a coincidence that besides the “locally-adapted versions” of foreign business models, the businesses that secure the most funding are the ones that try to make the most out of efficiency gaps in commercial activities.

Among the sectors awaiting disruption is the financial sector, which has only provided credit cards to 15% of the population. Additionally, only 800k of the 5M small businesses have access to credit. Other examples include the tremendously inefficient transportation sector, as well as the service industry, which has yet to fully adopt e-commerce to traditional businesses. (Ibid., 2015)

In the case the entrepreneur aspires to solve a global problem or one that involves multiple countries, he or she should take advice from Aaron Levie, CEO of Box, a cloud technology business that celebrated its Wall Street IPO in January of this year.

Supposing that the entrepreneur has been able to prove that his or her idea and its execution are viable, and these gain some traction (the quantitative evidence of clients that demand its solution), what can he or she do to get funding? One of the most interesting solutions could be to go to the United States, the country with the most venture capital funds.

Today there’s a boom of cities along the border that are creating the right conditions for entrepreneurship. Austin, San Diego, and Los Angeles are at the top of that list. Further north is Silicon Valley. In the case their venture has international potential, Mexican entrepreneurs can take advantage of the geographic proximity and some facilities granted by the North American Free Trade Agreement. In addition to making a pitch for their venture, the challenge that Mexican entrepreneurs face is conveying a sense of safety for investment in a country often perceived as dangerous. Therefore, the best strategy is to keep nationalism aside while negotiating. Obtaining funding in the United States has granted startups several advantages, especially higher valuations and funding in dollars, which presently have a higher purchasing power.

Finally, there is a series of strategies that entrepreneurs could apply to become more attractive for international investment:

In conclusion, the presence of entrepreneurs in media, everyday life, and as government propaganda makes entrepreneurship look as an easy task, which sometimes attracts the wrong founder profiles. By asking these questions to establish a vision and a path, entrepreneurs can avoid certain risks, clarify the roadmap, and make the most of the current landscape. These entrepreneurs could fulfill Peter Drucker’s maxim “the best way to predict the future is to create it.”

Published on May 25th, 2015 at javierarreola.com
Translation and Edition: H. Gustavo Ruiz Llopiz. 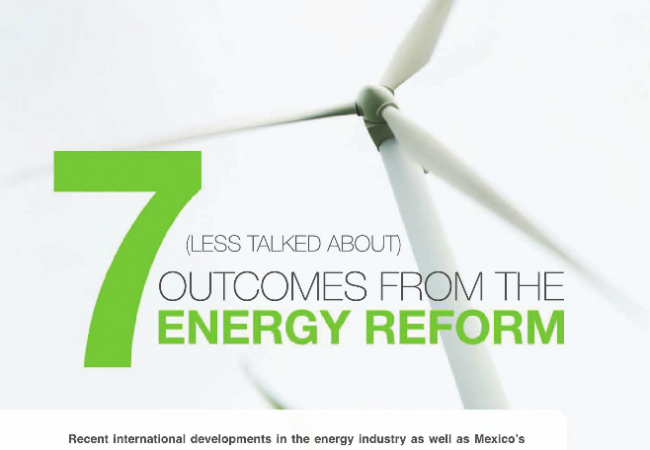 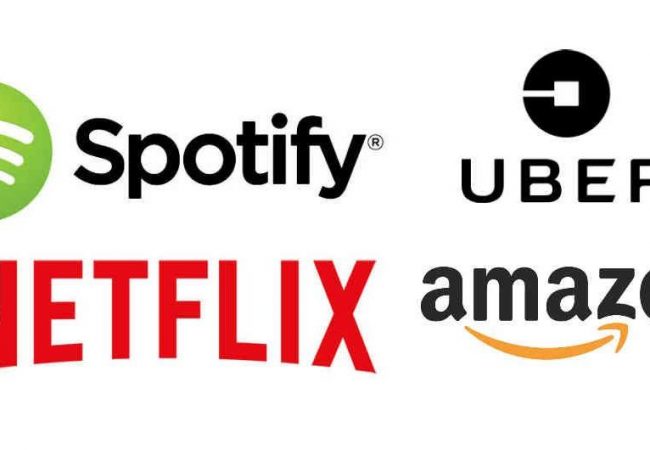 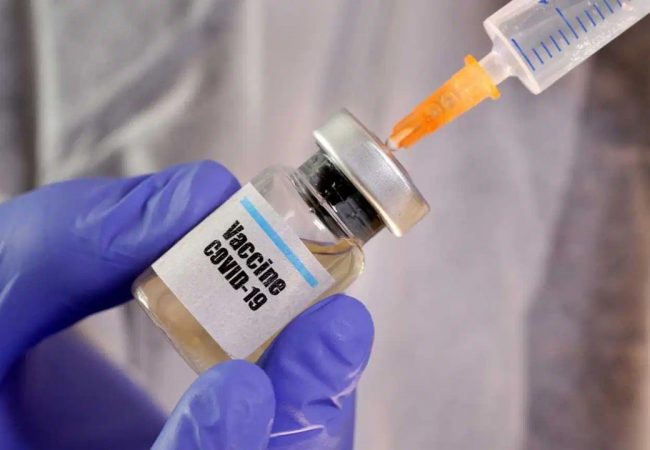